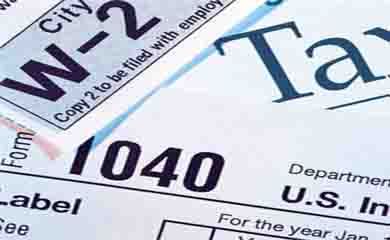 Politicians love to talk about how long the tax code is and compare it to how long the Bible is. I found quotes of politicians who said it ranged anywhere from 2,500 pages to 1.3 million pages.

It’s actually 13,458 pages (and growing every year), and if you want to order a copy of it you can purchase all twenty volumes of the code and regulations for just $10 for your Kindle device!(1) What a bargain!

In what has to be one of the greatest marketing strategies of all time, the U.S. Government Publishing Office, where you can order a printed copy of the tax code, encourages you to “Cozy up with a book from our latest Catalog,” or in the case of the tax code, cozy up with 20 books. Happy reading! 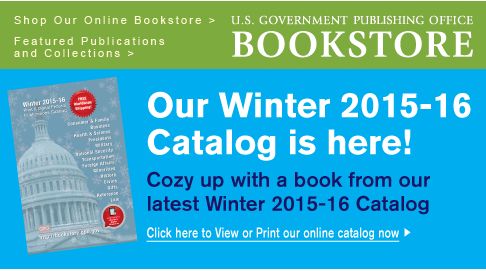 Q. How early can I file my taxes?

A. Wait to file your taxes until you have ALL your tax forms. This includes W-2s, 1099s, Interest statements, etc. Employers and companies have until February 2 to send you everything, so you should have everything shortly after that. Make a list of what you should receive and wait to start until you have it. The most common forms are:

There’s other forms as well, but those are some of the most common ones.

Q. Should I file my own taxes or have someone do it for me?

A. There’s a few different ways you can file your taxes:

Q. What is the due date to file my tax return?

A. It’s normally April 15, but this year it is Monday, April 18. Why? Basically it’s because Washington DC has a holiday (Emancipation Day) on Saturday, April 16, and by law when that holiday falls on Saturday or Sunday it is observed the Friday before. A federal holiday on Friday, April 15 means that tax day gets moved to the following Monday.

To close up this week’s article, I strongly encourage you to check out one of the VITA sites if you make less than $54,000 a year. Most people who uses a discount tax preparer could have their taxes filed for free instead.

One last note – don’t ever get a Tax Refund Anticipation Loan. Companies will offer to give you your tax refund right then, for a fee that ranges between $30 and $150. Don’t fall for it – if you file electronically you’ll have your refund in 1-2 weeks.

Are you tired of watching your savings earn .02% per year and seeing your investments lose money each year? You’re not alone.

You probably feel a lot like this guy – you just want someone to “FIX IT!” 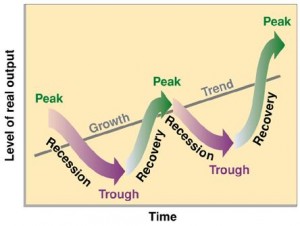 It’s all part of a cycle.

There are times, of course, when the recessions and troughs last longer than others, but overall that is how the economy works. No one knows how long or short any part of the cycle is going to be.

So how do you make or lose money in the stock market? When the market is down in a recession or trough stocks generally lose money. This can be caused by many things. Most recently the drop in the market has been caused by economic issues in China and the low price of oil, along with a continuing sluggish economy in the U.S.

In the first two weeks of 2016 the stock market has lost about 8% of its value. 8% in two weeks! Everyone’s invested assets are taking quite a hit right now.

Let’s take a look at some historical data. 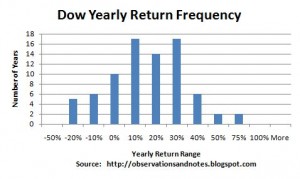 The graph above shows the Dow yearly return frequency. You can see that there are years that the return on your investments would have returned more than 70%, and years it would have lost more than 20%. About 25% of the time the market has lost money.

In a single year the stock portfolio returned between -37% and +51%. 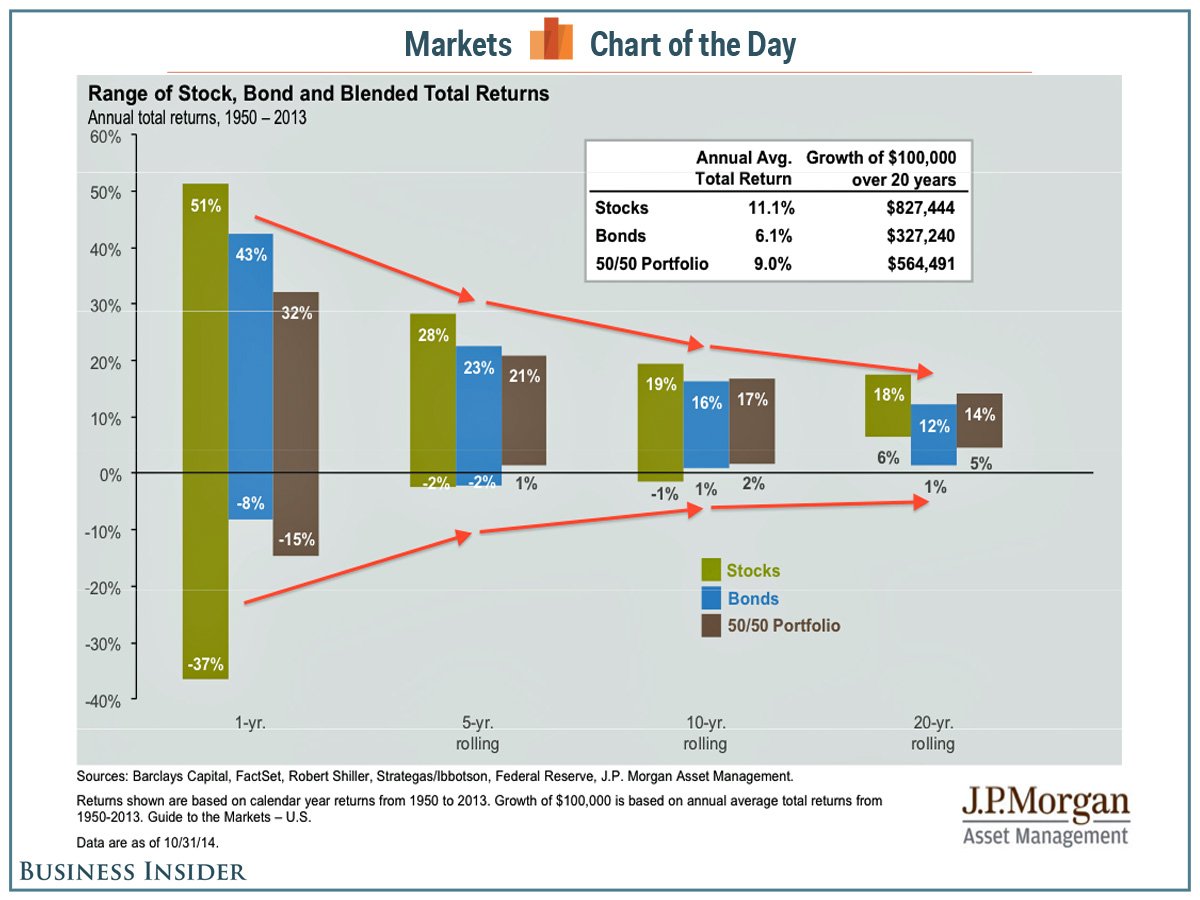 The average annualized returns for stocks during those 20-year periods is 11.1%.

You have to decide if you are willing to ride out the negative years in hopes of gaining in the good years, and how long your time horizon is.

Here are some things to keep in mind:

I realize that all these charts and statistics don’t make you say, “Well, I’m sure glad my portfolio is losing money!” No one likes to see their portfolio drop for even a day, let alone for a few years in a row.

Every time it feels different, like we aren’t going to recover this time. I understand it. I get it. If you need help, find a financial planner who can help you set goals and stick to the strategy you outline together. Make sure it is someone you trust and has your best interests at heart. Someone who will teach you and encourage you and cheer you on.

As always, feel free to leave comments or ask questions below, on Facebook or in an e-mail.

Did you know there is one thing you can do that has been scientifically proven to:

It’s a simple thing as well.

Giving of your money, your time, or even giving blood.

Of course, most of us don’t give because of the benefits we gain, but because we genuinely want to help other people.

My post today mainly comes from Arthur C. Brooks’ work, who is one of the leading researchers on charitable giving in the United States. 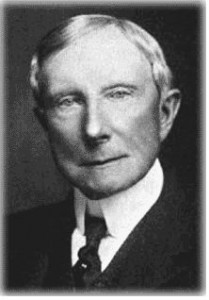 Brooks came across a statement from John D. Rockefeller where Rockefeller stated that he was rich because he gave so much, and he believed if he stopped giving that God would take his money away from him.

His net worth was about $340 billion, and during his lifetime he gave away about $540 million.

He came across statements from a number of other wealthy people who basically said the same thing.

This bothered Brooks so he set out to prove that Rockefeller and others were wrong. Brooks says, “…what I found was that Rockefeller was right and I was wrong [1].” You can read the article referenced below to get into the details of the studies that he did, but what I want to look at here is the results of his studies.

Here are some things that Brooks discovered:

Let me share a story with you that illustrates at least one aspect of this. When I was younger – probably about 10 years old, there was a big snowstorm that left a fair amount of snow in our neighborhood. There was an older widow who lived on the corner, and my older brother and I and a friend from across the street decided we would shovel her driveway, but we were going to do it quietly so she wouldn’t know who did it.

Well, you can imagine how quietly three boys that age can shovel a driveway, but we did try! Every time she would peek out her window we would throw our shovels down and dive behind a bank of snow, figuring we were so fast she wouldn’t be able to see us. I remember going home feeling tired from shoveling, but also feeling really happy. Happy that we had pulled off this great feat of both strength and stealth, but happier because we had done something for her that she wasn’t physically capable of doing for herself. To this day I still feel happy when I think about it. We were definitely the main beneficiaries of this. 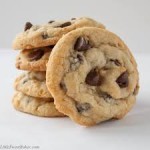 We did find out later that we weren’t quite as stealthy as we thought when she brought us some cookies, so not only did we get the benefit of feeling happy, but some nice warm cookies as well. =)

I’m sure you have similar experiences – perhaps you have volunteered at a Food Bank, or a homeless shelter, or coached a little league team or done countless other acts of service as so many Americans do, and you felt the same way I did – giving of your time makes you happier.

I find the same is true of money. The very first thing on our budget line is the 10% we give to our church [2]. We never miss this money. Giving doesn’t make you poorer.

Brooks says, “What I charge you with today is what I charge myself with, which is to discover more creative solutions to working these concepts into our everyday lives.” Remember that you are the main beneficiary of your giving – it will lower your levels of stress, make you more productive and more successful, and make you happier, healthier and more prosperous. Just like Brooks I encourage you and me to examine our giving to see where we can do better.

[1] http://speeches.byu.edu/?act=viewitem&id=1826 Note: This speech was given at Brigham Young University in 2009. Brooks, a Roman Catholic, talks about Mormon giving in this article but also deals with giving in general. You can also read Brooks’ book: Who Really Cares (http://www.amazon.com/Who-Really-Cares-Compassionate-Conservatism-ebook/dp/B004VRP37S/ref=sr_1_1?ie=UTF8&qid=1396546413&sr=8-1&keywords=who+really+cares+brooks) which deals with the subject matter without getting into the specifics of Mormon giving. The article is a great synopsis of the book, though, regardless of your religious affiliation or non-affiliation.

[2] Brooks found that of those who practice a faith (attend church weekly), 91% give to charity each year, compared to 66% of those who don’t attend weekly. Practicing faith is the number one predictor of giving. Malachi, in the Bible, says essentially the same thing Brooks is saying: “Bring all the tithes into the storehouse, that there may be meat in mine house, and prove me now herewith, saith the Lord of hosts, if I will not open you the windows of heaven, and pour you out a blessing, that there shall not be room enough to receive it” (Malachi 3:8-10). Giving brings us a myriad of blessings, as Brooks has pointed out, but you certainly don’t have to be religious to give! 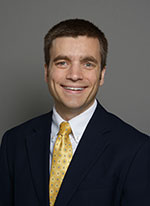